Home :  News :  Sloane Stephens on coaches: ‘Stick with what you k...
Presented by

Sloane Stephens on coaches: ‘Stick with what you know’

Remember the George Steinbrenner-led, "Bronx Zoo" Yankees of the late ‘70s/early ‘80s? The managerial carousel that spun under his tyrannical regime? In his quest for a winning formula, The Boss hired and fired Billy Martin no less than five times. In his first 23 seasons as owner, he changed managers on 20 occasions.

“All I know is, I pass people on the street these days, and they don't know whether to say hello or to say goodbye,” Martin famously joked.

Tennis has its own revolving doors when it comes to the hiring/firing of coaches. The recently retired Ana Ivanovic had some Steinbrenner-esque qualities of her own. The former No. 1 and 2008 Roland Garros titlist worked with Sven Groeneveld, Craig Kardon, Heinz Gunthardt, Nigel Sears, Nemanja Krontic and Dejan Petrovic. Then she reunited with Sears.

“I had different kinds of experiences with coaches, and not many great ones,” said Ivanovic. “There are so many things that have to come together. You have to be really compatible on the court. Someone who can push me.”

It might seem like an extreme example, but the Serb’s story is not that uncommon in the sport. Hall of Famer and 2003 US Open champ Andy Roddick went from Tarik Benhabiles to Brad Gilbert to Dean Goldfine to Jimmy Connors to his brother, John, to Larry Stefanki, always seeking the right recipe.

But there are also examples of players who stick it out with their coaches over the long haul. James Blake was often criticized for sticking with Brian Barker, and only toward the end of his career did the Harvard grad change to Kelly Jones. The same could be said for Rafael Nadal, who remained loyal to his uncle, Toni, for most of his career. Defending US Open titlist Sloane Stephens is among the latter camp. 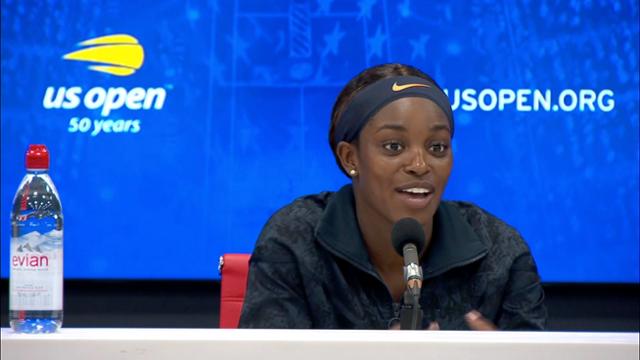 “I think you have to just stick with what you know,” said Stephens, who after parting ways with Nick Saviano in 2016 hired Kamau Murray and has stuck with the Chicagoan. “Sometimes a lot of people panic and fire their coach, need a change. There are times I absolutely do not want to speak to my coach and I think he’s the worst person on the planet. But he helps me win and knows what's best for me, so you kind of have to go with that.”

“We're not going to always be the best of friends and like each other,” continued Stephens, who’s back into the Round of 16 in Flushing Meadows. “I'm going to think some things he's doing are wrong; he's going to think some things I'm doing are wrong. But at the end of the day, when you have someone you have good chemistry with, you know them, they know you, and you know they have your best interests, you're not going to get rid of the person just because you lost the match. I think it's bigger than that.”