Juan Martin del Potro’s love affair with the New York crowd has been the running storyline of his US Open campaign – even if the Argentine, himself, has been running on fumes at times.

Each time he 's taken the court, his friends, fans and admirers have turned Arthur Ashe or Louis Armstrong Stadium into something resembling the Argentine soccer team’s national stadium, with non-stop songs and support.

For his part, del Potro has not disappointed, winning 14 of the 15 sets he has played this fortnight, and his on-court, post-match interviews have served as personal love letters to those fans.

“I didn’t want to come back on court again. With this heat, it’s impossible to play tennis,” del Potro said, describing his mental state during a 10-minute heat break in his four-set quarterfinal victory over John Isner. “But with this crowd, with these people, it’s too much atmosphere.”

On Friday, he again relied on their support again as he avenged his loss in the 2017 US Open semifinals, to world No. 1 Rafael Nadal. Last year, the Argentine powered his way into the first set before Nadal’s defense took hold, with the Spaniard dropping just five games in sets two through four. 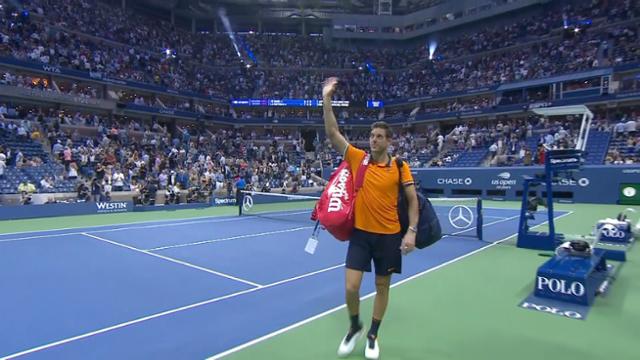 This time, del Potro secured the victory as the ATP’s No.3-ranked man, a career-high in an already impressive 13 years as a professional. He entered the 2017 semifinal as the No. 24 seed, on the heels of two draining matches against No. 6 Dominic Thiem and No. 3 Roger Federer. In the Round of 16, he battled illness during his match against Thiem and considered retiring after falling down two sets to none, but against all odds, the New York crowd willed him to a five-set victory. After four more grueling sets against Federer in the tournament, even a packed Arthur Ashe Stadium could not propel him past the dogged Nadal – the last opponent anyone with tired legs would want to face.

Friday, it was Nadal who came in the wearier warrior, having spent nearly 16 hours on court prior to the semifinal showdown, compared to just over 12 hours for del Potro. More tellingly, Nadal’s previous three matches spanned longer than del Potro’s first five this fortnight, clocking in at 12 hours and 31 minutes, including the tournament’s two longest matches, against Nikoloz Basilashvili (four hours and 23 minutes) and Thiem (four hours and 49 minutes). 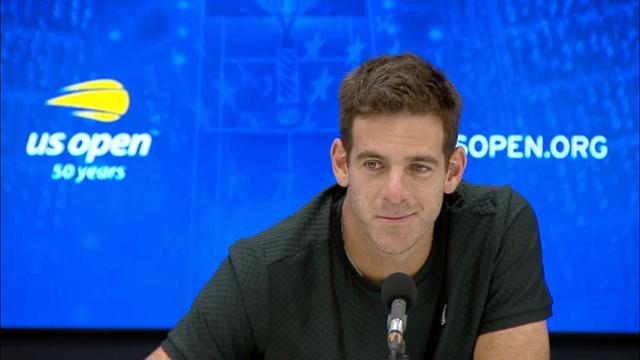 Del Potro also came in with another advantage, and one that has been a long time coming. For the first time since 2012, del Potro has played all four Grand Slams in a calendar year.

“The most important thing is that all my injuries and problems are completely in the past,” he said at the US Open’s Media Day before the tournament. “Now, I’m feeling good.” And he has proven it at his favorite tournament of the year, the only Slam that he has ever won, when he defeated Roger Federer in the 2009 final.

Though the temperatures dipped into the 70s on Friday – and will again when he takes on Novak Djokovic in Sunday’s final – del Potro’s love affair with New York continues to burn bright.

Photos: Best of Juan Martin del Potro at the 2018 US Open